Hollywood is often called the place of lights that has unimaginable darkness. Known as the city of broken dreams,  a lot of Hollywood stars are known to have fallen victim to the dark hell of drug addiction as a way to deal with their stardom and messy personal and professional lives.

Some extremely talented faces lost their lives at a very young age and at the peak of their careers, due to the dark hole of addiction. Let us take a look at some very famous drug addicts of Hollywood:

The star, known for his stellar performances in Brokeback Mountain and The Dark Knightdied, died in 2008 of a toxic combination of six prescription drugs.

An Oscar nominee, this ‘Capote’ actor used drugs and alcohol a lot as a young adult. Hoffman died in Feb 2014 following a relapse and combined drug intoxication. 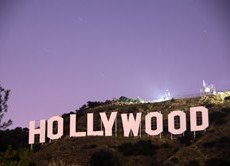 A child star and now to be a top movie actress, Drew started abusing drugs as a teenager and got addiction treatment in rehab two times that got her back on track with her career.

The actress suffered from anorexia and cocaine addiction that led her to rehab.

Once a sweetheart and adorable child star, Lindsay has since lost control of her life and career and is famous these days, due to her cocaine and alcohol abuse, DUI arrests, jail time and multiple stints in rehab.

A reality star, of the show: Tila Tequila, that is most famous for her drug use and publicity stunts.

This actress has been more famous for her drug use then her acting . Her marijuana possession and DUI has always kept her in the limelight.

This actor first tried drug at the age of six and was also arrested in 1996 for his drug habit. However, this is one actor who has made an inspiring comeback from his addiction.

The ‘Baywatch’ boy struggled with alcohol in 1970’s and he once fled to a rehab center in only a pair of sweatpants.

This child actor was lost in drugs at a young age and his death in 2010 was attributed to a bad prescription medication concoction.