The first step in overcoming a heroin addiction is to admit that you have a problem   Oftentimes, this is the hardest step for heroin addicts to make as many feel it is everyone else that has the problem and not them.   However, what individuals addicted to heroin need to understand is that heroin addiction, just like any other addiction, is a psychological illness and needs to be treated with professional medical care.   Once a heroin addict is willing to seek the important treatment they need, their next step will be detoxification.

Heroin detoxification is the process of removing heroin toxins from the body.   The body will naturally expel all heroin toxins over a course of 2-3 weeks, which will be accompanied by painful withdrawal symptoms during this time period.   While heroin withdrawal symptoms are not life-threatening, they can pose serious physical health risks.   Symptoms can be so intense that it can become impossible for a user to cope and has been described to as a “living nightmare.”

Withdrawing from heroin addiction can result in a number of symptoms.   These symptoms can be both physical and psychological including sweating, cramps, depression, anxiety, strong cravings, diarrhea, insomnia, nausea, vomiting and flu-like symptoms.   Heroin withdrawal can also be very difficult for family members who are looking after addicted individuals during this process.   Oftentimes, they do not have the emotional and physical strength nor the medical expertise to ensure these symptoms are minimized.   This is why in many moderate to severe cases of heroin withdrawal, it is strongly advised to visit some sort of detox rehabilitation center where they can professionally monitor your recovery.

Methadone and Suboxone For Heroin Withdrawal 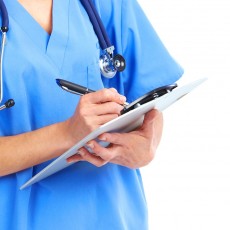 One of the many advantages to visiting a detox rehabilitation center is that they can provide you with medical treatments that can help diminish your heroin withdrawal symptoms.   One of the most popular of these medications is a drug called Methadone.   Methadone is a synthetic opioid that blocks the effects of heroin and other opiates that may be in your system, thus eliminating withdrawal symptoms and relieving drug cravings.   Methadone has been used for over 30 years and has a strong track record of treating people addicted to opiates.   However, while methadone is effective at treating heroin withdrawal symptoms it can also be very addictive itself.   Methadone has several side effects and comes with a risk of dependency.

Suboxone is similar to Methadone as it is a medication used to treat the symptoms of heroin withdrawal.   However, suboxone is a newer drug designed to be less addictive and come with fewer side effects than Methadone.   Also, suboxone can be administered in an anonymous outpatient setting and in some cases can be taken at home.   Suboxone is effective on any opiate based addiction including heroin, oxycontin, oxycodone, percocet, vicodin and morphine.