Prescription Drug Abuse on the Rise

Drugs such as oxycontin, codeine, percocet and vicodin are opiate based drugs, and some of the most powerful and addictive drugs known to man. While these drugs are quite effective in treating pain, they can often be misused and lead to long term drug addiction and dependence. Oxycontin is so addictive that many experts have compared it’s addictive effects to be comparable with the addictive qualities of heroin and morphine. 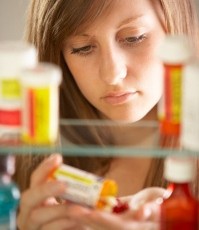 Prescription Drug Addiction can produce serious health effects, including long term abuse and physical dependence. Physical dependence takes place when the body has become so used to the influx of the prescription drug in their system, that their body adapts to this influx and can no longer function normally without the drug. Physical drug dependence is often characterized by an increasing tolerance and powerful withdrawal symptoms that could start hours after the last dose was taken.

Opiates, such as Oxycontin and Vicodin can produce drowsiness, constipation and depending on the amount taken, can slow down heart rate and depress breathing. Central nervous depressants slow down brain function, and if combined with other medications or alcohol can lead to a dangerous decrease in heart rate, respiration and blood pressure. These drugs taken repeatedly or in high doses, can cause anxiety, paranoia, dangerously high body temperatures, irregular heartbeat, respiratory failure, seizures and fatal overdose.