Percocet is the brand name of the combination of oxycodone and acetaminophen and is only supposed to be used for the treatment of moderate to severe pain relief. While percocet is one of the most commonly prescribed opiate painkillers, it also comes with the potential to lead to addiction and dependence. What makes percocet such a potent pain reliever is the combination of it’s two major compounds, oxycodone and acetaminophen.

Oxycodone is the opiate compound found in percocet that has the ability to cause addiction and dependence. Acetaminophen is a less potent pain reliever that works to heighten the effects of the oxycodone. When these two compounds are combined they create a very potent and effective pain reliever. But because of it’s widespread availability it has become one of the most abused prescription pills in America.

Because percocet has been so widely prescribed over the last decade, it has become readily available for those looking to sell or misuse the drug. While percocet is being abused by a diverse segment of the American population, recent studies show that addiction and use among teenagers is at an all time high. Studies posted in 2009 show a 35% increase among teenagers and young adults who have abused the drug percocet at least once in their lifetime.

More recent studies show that nearly 4 out of every 20 high school students has admitted to abusing the drug. As this drug becomes more popular, especially among high school and college students, there is no doubt that these teenagers will soon learn of the physical, mental and financial consequences associated with abusing Percocet. 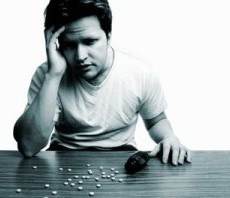 Taking percocet regularly, even for a short amount of time, can lead to an increased tolerance for the drug. A tolerance develops when the body becomes used to percocet and needs more and more of the drug to reach the desired effects. As the tolerance grows physical addiction and dependency can set in. Physical dependence is present when withdrawal symptoms set in once the drug is stopped or gradually lessened. These withdrawal symptoms can be moderate to severe and can be major obstacles for users looking to quit the drug cold turkey.

The first step to recovering from a percocet addiction is detox. Detox allows for all the physical remnants of percocet to the leave the body as the user continues with the recovery process. Because percocet detox is usually characterized by powerful withdrawal symptoms, the user has the option of seeking a medical detox program where drugs like suboxone or methadone will be given to neutralize withdrawal symptoms. All detox programs should be followed by further addiction treatments. There are many opiate support groups and sober living homes available who can help with this long recovery process.