The most commonly used drugs in the opiate addiction treatment are Suboxone and Subutex and Buprenorphine is the most active ingredient that is contained in both Subutex and Suboxone. Suboxone also contains naloxone and is a common medication for chronic as well as moderate pain. However, as a treatment of pain, Suboxone is only used in low doses but as a medication for opioid dependence treatment it is used in higher doses.

Used in Suboxone treatment as a medication for opiate addiction, Buprenorphine is derived from the same opium plant from which strong narcotics like morphine and heroin are derived but the main difference between the latter and the former is that Buprenorphine is not as strong as the other two narcotic drugs.   The reason behind this difference is that whilst OxyContin, morphine and heroin are full opioid agonists Buprenorphine is only a partial opioid agonist and therefore not as dangerous as heroin. This is why when a person consumes Buprenorphine he feels relaxed, happy and euphoric but not with the same dangerous intensity one would feel while taking heroin. As the consumption of Buprenorphine only partially activates the opioid receptors in the brain of the person which in turn helps in controlling the individual’s reactions from becoming dangerous.

Side Effects of Buprenorphine 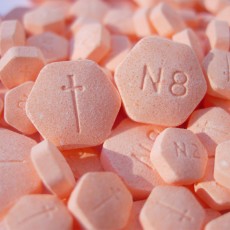 It is true that Buprenorphine is not a dangerous drug like heroin or morphine but let us not forget that it is an opioid and its usage has the ability to cause minor as well as severe side effects. However, usually people with low or no tolerance built up for opioids in their bodies  are the ones who suffer from the severe side effects from the medication.   People who suffer from these side effects are commonly the first time users (non-opiate addicts) and have little idea on how to administer the dosage which result in   them taking too much of the drug. Over consumption can lead to nausea, breathlessness and in very unlikely cases even death by respiratory failure.

Usage of Buprenorphine in the Treatment of Opioid Dependence

The most successful use of Buprenorphine in the treatment of opioid dependence is in the form of Suboxone. This medication contains four parts of Buprenorphine for each part of naloxone. The naloxone present in the dosage undermines the full force impact of the Buprenorphine which in turn help in reducing the risk of Suboxone Abuse from occurring.