Prescription drugs, as the name suggests are medicines that are prescribed by a medical practitioner to cure a particular medical condition. But, as an alarming fact, an estimated 48 million people aged 12 years and above have participated in prescription drug abuse. This chunk of population represents approximately 20% of the US population.

In the recent past there has been a significant increase in the misuse or abuse of prescription drugs. The same has lead to an increase in the number of ER visits because of accidental overdoses as well as admission to drug treatment programs for drug abuse treatment.

As per the National Institute on Drug Abuse, the three classes of prescription drugs that are often abused have been mentioned below:

Causes for the Rise in Prescription Drug Abuse

Though the experts are unable to figure any concrete cause for the rising cases of prescription drug abuse in the US but one probable reason could be traced to the fact that there are more drugs available to more people thus there is an increased opportunity for abuse. Today medical practitioners are writing more prescriptions for patients than ever before and these prescriptions often includes commonly abused drugs such as CNS depressors, opioids, and stimulants. Not only this, all you need is to check online to find a vast number of online pharmacies that sell these highly addictive drugs. The online pharmacies selling these drugs make it easily accessible for children and even teens, thus causing a rising increase in prescription drug abuse cases. 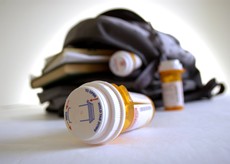 If you deep dive into the cause of the increasing number of drug abuse cases then, you are sure to get surprised. It is not uncommon for teens in the US to steal medication from their parent’s medicine cabinets. Instead of going for illegal substances, many teens these days are organizing prescription parties wherein they gather at a friend’s place, mix their parent’s prescription pills in a bowl, and then pop the pill that looks most attractive to them, this fact is really shocking! Isn’t it? The main issue is that the teens do not even aware of the hazardous impact that these prescribed drugs could have on one’s health. The overdose of these drugs could cause death is also not known to the teens and also if taken along with alcohol.

The main cause of addiction lies in the person’s biology, age, social environment, and or stage of development. The more the risk factors more are the chance of addiction, in some cases, addictions run in families with a strong genetic link. Also, social environment including friends and colleagues also play an influential role in addiction. Another vital factor is the person’s developmental stage in life, according to studies, the earlier someone begins to abuse drugs, the greater are the chances are that the addiction may progress into more serious problems.

Mentioned below are few guidelines that are to be followed in order to reduce the risk of prescription drug addiction:

Why Do Some People Become Addicted and Others Don’t?

Risk for addiction appears to be influenced by a person’s biology, social environment, and age or stage of development. The more risk factors you have, the greater the chance that taking drugs can lead to addiction. As an example, sometimes addictions run in families with a strong genetic link. In addition, social environment including friends or colleagues may also influence addiction. Equally important is the person’s developmental stage in life. Studies show the earlier someone begins to abuse drugs, the greater the chances are that the addiction may progress into more serious problems.

Are There Some Guidelines for Using Prescription Drugs Safely?

According to the FDA, guidelines for using prescription medications safely include: