In the past people suffering from opiate addictions had no other alternatives other than traditional drug detox procedures, requiring users to suffer through debilitating and sometimes very painful withdrawal symptoms. Not only do long term success rates show this method to be widely ineffective, but also show a high incidence of relapse as well. For these reasons doctors have developed new drugs such as Methadone and Suboxone, to help combat withdrawal symptoms associated with long term opiate abuse.

These medications serve as opiate replacement therapies, where the drug contains partial opiates to help ease withdrawal symptoms and until they become more bearable or non-existent. While these drugs have been used as effective treatment methods for opiate abuse and dependency, suboxone and methadone also come with a risk of abuse and addiction. Because these are classified as step down drugs and contain partial opiates, there have been many in the past who has just replaced one addiction with another and became dependent on these treatment drugs. However, are both treatment drugs equally addictive?

Suboxone is a combination opiate medication used to treat opiate addictions and aid in the detoxification process. Suboxone, or it’s generic form Subutex, is categorized as a Schedule III drug. Methadone is a narcotic pain reliever used as part of a opiate addiction detox and maintenance program. Methadone is categorized as a Schedule II drug, which is a higher abuse-risk classification than Suboxone. Suboxone is not considered nearly as addictive as Methadone, and widely considered to be a less painful and more effective option. 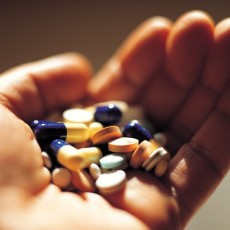 While Suboxone is used for the management of addiction to opiates such as heroin and Oxycontin, it also comes with the a risk of dependency and addiction. Even though Suboxone is unique in the fact that one of it’s main ingredients naxalone prevents misuse by blocking suboxone if it is injected, users are still finding ways to get high. Many people abusing suboxone use it in conjunction with other substances to increase the effects. This can be extremely dangerous, especially when combined with benzodiazepines, or any other central nervous system depressants, which can lead to respiratory depression and death.

While opiate replacement therapies such as Suboxone have helped many to recover from serious opiate addictions, they should not be taken lightly and is most effective when combined with other behavioral and addiction counseling.