The most commonly abused prescription drugs are pain medications, anti-anxiety medications, stimulants and sleeping pills that are used to treat hyperactivity or attention deficit disorders.

Number of deaths due to prescription drug abuse:

As per the statistics, 100,000 Americans Die Each Year due to Prescription Drug abuse and there has been an increase in the number of deaths each year by 3% in 2010 and the trend continues in the current year as well.

Anabolic steroids– these are used to build bone and muscle mass mostly among professional athletes. These are also prescribed by doctors to males who have an abnormally low production level of testosterone so that they do not succumb to delayed puberty, impotence, and osteoporosis. 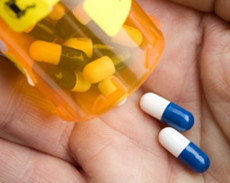 Barbiturates – these drugs are classified under the category of CNS or Central Nervous System depressants. They are commonly used for the treatment of anxiety, epilepsy, sleep disorders, and tension.

Benzodiazepines –  also referred to as €œbenzos €, these drugs are also categorized as CNS depressants. They are prescribed to treat acute stress, anxiety, convulsions, panic attacks, and sleep disorders.

Fentanyl –  a powerful synthetic opioid that has the painkilling capabilities of most opiates. It is considered to be more potent than morphine and is usually prescribed to treat individuals suffering with chronic, severe pain. It is also prescribed for cancer patients in some cases.

Opioids – because of their powerful analgesic attributes, opioids are prescribed for the treatment of pain.

Sleep medications – medications that are prescribed for insomnia (falling asleep and staying asleep) are CNS depressants.

Stimulants – these are typically prescribed to increase a person €™s alertness, attention, and energy in patients that have been diagnosed ADHD (attention-deficit hyperactivity disorder), depression, and narcolepsy.

The most dangerous prescription drug:

Out of the commonly abused prescription drugs, the most dangerous are the Proton pump inhibitors (PPIs) Millions of Americans take PPIs to alleviate the symptoms of gastroesophageal reflux disease (GERD), a condition marked by food and acid in the stomach leaking back into the esophagus and causing damage along with other serious health threats.