Suboxone as well as Subutex are two main prescription medications that are used in opiate addiction treatment. Both these drugs are approved by the FDA and contain Buprenorphine which is an active ingredient and is known to curb the symptoms of opiate addiction or dependence.

The first advantage of Subutex as a medication is that it only contains Buprenorphine which is a partial opioid agonist and therefore it is not dangerous like morphine and heroin. Suboxone, that is the second medication used in opiate addiction treatment also contain naloxone with Buprenorphine which helps in curbing any risk of Suboxone Abuse from happening which in turn guard against misuse of this medication. 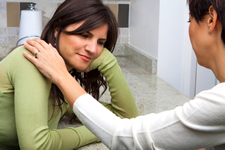 The biggest advantage Subutex and Suboxone have over medications for opiate dependence like methadone is that they are the first drugs that are available as prescription medication by doctors under the Drug Abuse Treatment Act 2000 (DATA). This means that more patients will now have access to the treatment and medication easily unlike methadone that is available in limited number of clinics specializing in addiction treatment.

Side effects of Subutex

Subutex is not an overtly dangerous but it is opioid and in unfortunate circumstances it can cause minor as well as severe side effects. The most commonly reported side effects of Subutex as well as Suboxone are headaches, sweating, cold or flu-like symptoms, mood swings, nausea and sleeping difficulties.

In more severe cases both these drugs have been associated with respiratory depression (difficulty breathing) especially when combined with other depressants.