Methadone is a narcotic analgesic and a synthetic pain reliever that is used as a medication to treat opioid dependence. Methadone treatment, similar to suboxone treatment, is also used to relieve pain as well as to treat various other conditions. In a lot of ways Methadone is quite similar in its features and as well as effects to morphine and it is not just characteristics that matches but they are extremely similar in the way they act as well. The main difference between the both is that methadone is used as a medication to treat morphine addiction and that its impact is mild on the user as it is introduced gradually. This helps in controlling the behavior of the user and does not let him/her feel high or euphoric.

The Use of Methadone in Suboxone Treatment

As a treatment for opiate addiction, methadone is prescribed in three forms namely: tablets, injection and oral solutions. The main ingredient of the medication is Methadone Hydrochloride and the dosage given to the patient is usually decided upon his/her tolerance built up to opiate drugs and their weight. Usually a doctor treating a patient for heroin addiction will decide upon his dose of methadone according to the level of addiction the patient has. However, it is strictly recommended that no patient exceeds the maximum daily recommendation of 100 milligrams. 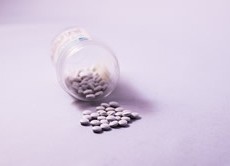 Adverse Side Effects of Methadone

It is true that methadone is a treatment drug for opioid dependence and is used to control and curb the effects of withdrawal symptoms that occur when a user quits using heroin but a lot of drug addicts start taking methadone to get their daily fix and to get high. This is the reason why Food and Drug Administration (FDA) has classified Methadone as a Schedule II drug.

Several side effects of methadone include nausea, slowed breathing, pupil contraction, vomiting, severe sweating, sexual dysfunction, constipation, itchy skin and in severe cases even death. Long term use of the drug can also cause lung or respiration problems while women may suffer lapse in their menstrual cycle.