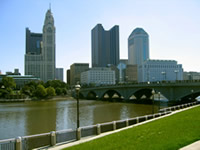 While heroin use hasn’t been a major drug problem historically in the state of Ohio, many new reports by state and law enforcement agencies show that heroin distribution and abuse is increasing all over the state. Heroin is predominantly shipped into Ohio from major drug distribution centers such as Chicago, New York and Detroit, as well as various cities along the southwest border. Heroin traffickers use major Ohio cities such as Cleveland, Columbus, Cincinnati, and Toledo as large scale distribution centers for smaller cities around the state. While heroin use is highest in urban areas of Ohio near Cleveland and Columbus, new studies show that heroin use is spreading to more affluent suburban areas all over the state.

Dangers of Heroin Use

There are many dangers associated with heroin use including overdose, addiction, and disease. Because its impossible to know what heroin is cut with on the street level, many users really don't know what their putting in their bodies. Because 100% pure heroin cannot be taken by the body, heroin distributors cut the drug with a variety of other, sometimes dangerous substances. These substances can include nutmeg, sucrose, starch, chalk, caffeine, talcum powder, as well as local anesthetics such as lidocane and procaine. Other poisonous items such as laundry detergent, ajax cleaning powder and poisons like strychnine are also occasionally used.

Another inherent danger of using heroin is the risk of spreading dangerous diseases like hepatitis and HIV. Because the most common way of using heroin is through injecting it directly into the vein, this can come with a multitude of health risks. If the same needle is used by multiple users, it is common for them to spread dangerous diseases to one another including hepatitis and HIV.

Heroin dependency is often defined as a dangerous condition whereas the individual is unable to quit using heroin, despite a clear understanding of the damage it's doing to that individual. Physical heroin dependency happens when the user has become so used to the influx of heroin in the body that the body can no longer function normally without it. Classic signs and symptoms associated with heroin dependency often include strong drug cravings, high tolerance, sudden mood swings, long unexplained absences, track marks on the arm and other parts of the body, excessive sniffling, sneezing and other cold-like symptoms.

Suboxone, also known as Buprenorphine, is a prescription medication used for the treatment of opiate dependency and opiate withdrawal symptoms. Suboxone works by helping to limit painful withdrawal symptoms while working to block any existing opiates that may be in the body. Suboxone works on any opiate based drug including Oxycontin, codeine, morphine, Vicodin and percocet.

Suboxone treatment in Ohio can only be administered by a certified doctor who is legally aloud to prescribe suboxone. To find a suboxone doctor near you please feel free to look over our Ohio suboxone directory for a suboxone provider in your area.